Canyonlands National Park is a U.S. National Park located in southeastern Utah near the town of Moab. It preserves a colorful landscape eroded into countless canyons, mesas, and buttes by the Colorado River, the Green River, and their respective tributaries. Legislation creating the park was signed into law by President Lyndon Johnson on September 12, 1964.

The park is divided into four districts: the Island in the Sky, the Needles, the Maze, and the rivers themselves. While these areas share a primitive desert atmosphere, each retains its own character. Two large river canyons are carved into the Colorado Plateau by the Colorado River and Green River. Author Edward Abbey, a frequent visitor, described the Canyonlands as “the most weird, wonderful, magical place on earth—there is nothing else like it anywhere.” 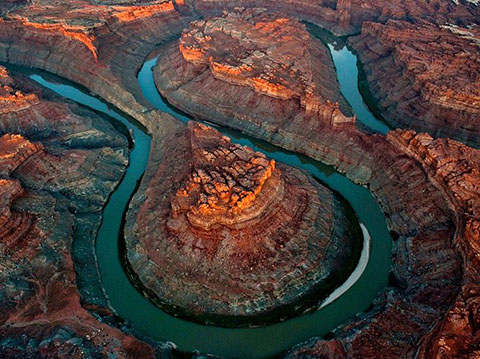 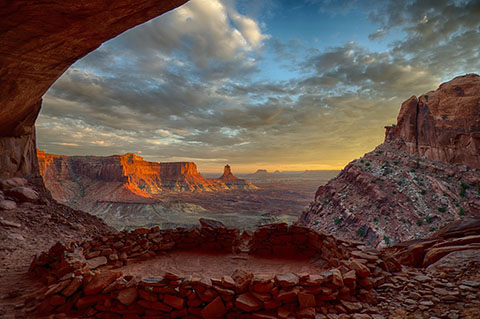 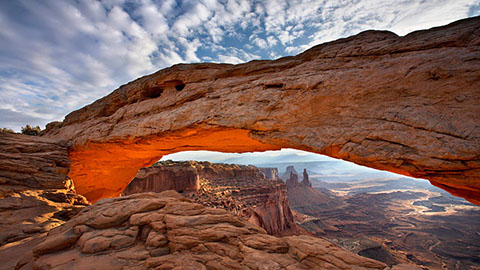 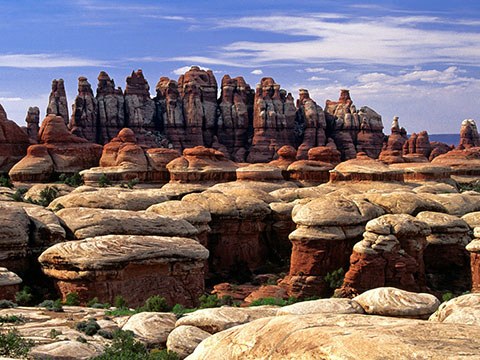