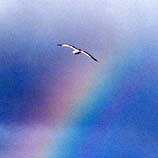 My love affair with Light is deep and passionate. This domain, Dipping into light, is an offering of life’s affirmations, paying homage to personalities who ventured into the Dark and returned with sparks of Light.

The title is inspired by the poet Mary Oliver, who portrays prayer as, a dipping of oneself toward the light.1 Why “prayer”? Because the journey into light is a journey of faith—rooted in the notion that grace, forgiveness and compassion are woven into the fabric of the universe.

The introduction of Light in biblical text is traditionally understood as a physical act, but in esoteric text it is metaphor for the dawning of human consciousness. Light is what makes Homo Sapiens fully human, according humanity dual citizenships—first to Darkness, where embryos are nourished and dreams are formed, and also to its younger sister, Light. These two are two sides of the same coin, not adversary siblings as is often perceived, but complementary entities, created to cross-pollinate for the well-being of a vibrant, captivating life, overflowing with promise.

If Light is metaphor for the awakening of conscience, what does it propound? A case can be made that Light is inexorably bound to Love. Since Light was introduced after Darkness, its connection to love is distilled by Dylan Thomas as Love is the last light spoken. And, Love as portrayed by Henry Miller, If there is anything that deserves to be called miraculous, is it not love? What other power, what other mysterious force is there which can invest life with such undeniable splendor? The miracle which everyone is permitted to experience sometime in his life, the miracle, which demands no intervention, no intercession, no supreme exertion of will, the miracle which is open to the fool and the coward as well as the hero and saint, is love. Born of an instant, it lives eternally. Lastly, in John 3:14, We know we have passed from death unto life because we love.

Light, like love, gives of itself freely, filling all available space. It does not seek anything in return; it asks not whether you are friend or foe. It gives of itself and is not thereby diminished. Characterized by the contemporary spiritual teacher, Eckhart Tolle, The first light of dawn was filtering through the curtains. Without any thought, I felt, I knew, that there is infinitely more to light than we realize. That soft luminosity filtering through the curtains was love itself. Tears came into my eyes. I got up and walked around the room. I recognized the room, and yet I knew that I had never truly seen it before. Everything was fresh and pristine, as if it had just come into existence. I picked up things, a pencil, an empty bottle, marveling at the beauty and aliveness of it all.