Everglades National Park is a U.S. National Park in Florida that protects the southern 20 percent of the original Everglades. In the United States, it is the largest tropical wilderness, the largest wilderness of any kind east of the Mississippi River, and is visited on average by one million people each year. It is the third-largest national park in the lower 48 states after Death Valley and Yellowstone. It has been declared an International Biosphere Reserve, a World Heritage Site, and a Wetland of International Importance, one of only three locations in the world to appear on all three lists.

Although most U.S. national parks preserve unique geographic features, Everglades National Park was the first created to protect a fragile ecosystem. The Everglades are a network of wetlands and forests fed by a river flowing .25 miles (0.40 km) per day out of Lake Okeechobee, southwest into Florida Bay. The Park is the most significant breeding ground for tropical wading birds in North America, contains the largest mangrove ecosystem in the western hemisphere, is home to 36 threatened or protected species including the Florida panther, the American crocodile, and the West Indian manatee, and supports 350 species of birds, 300 species of fresh and saltwater fish, 40 species of mammals, and 50 species of reptiles. The majority of South Florida’s fresh water, which is stored in the Biscayne Aquifer, is recharged in the park. 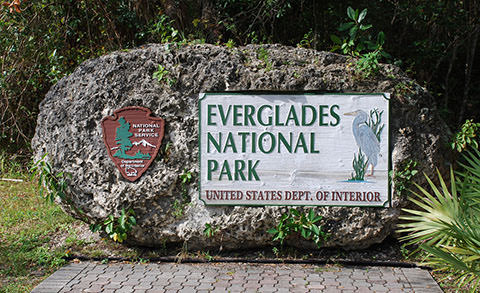 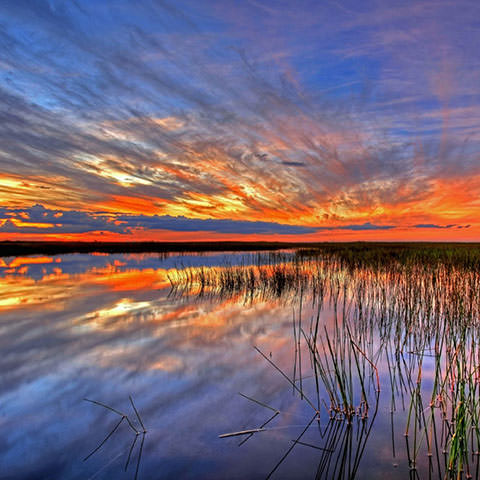 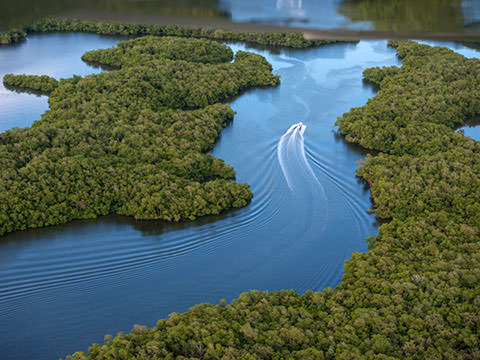 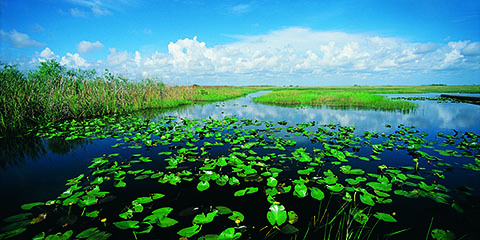 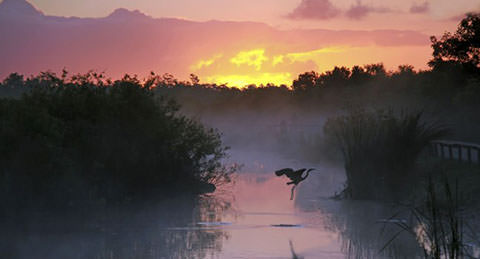 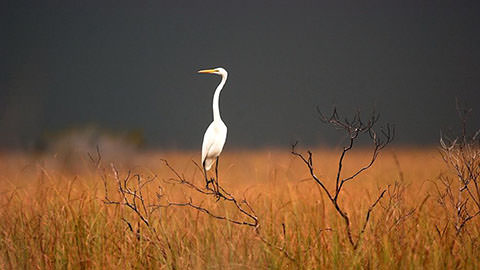 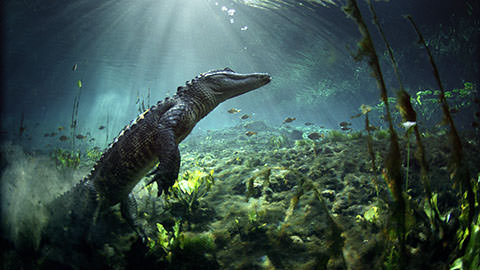 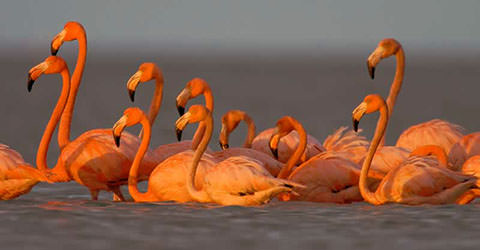 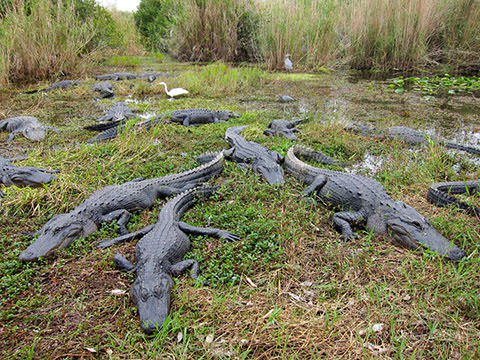 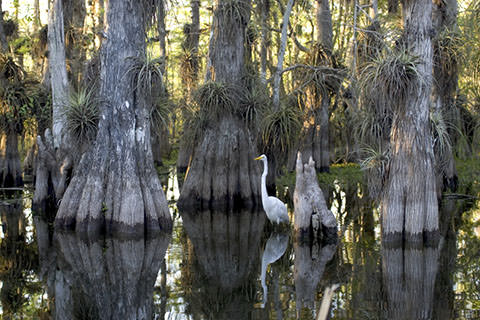