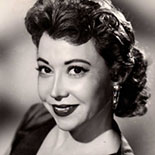 Her career has encompassed radio, theatrical shorts, feature films, television, record albums (particularly with Stan Freberg), video games, talking toys and other media. Foray was also one of the early members of ASIFA-Hollywood, the society devoted to promoting and encouraging animation. She has a star on the Hollywood Walk of Fame honoring her voice work in television.