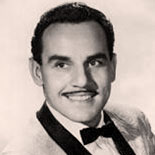 A seminal influence on American R&B and rock and roll, Otis discovered artists such as Little Esther, Big Mama Thornton, Jackie Wilson, Little Willie John and Hank Ballard. Known as the original “King of Rock & Roll”, he is commonly referred to as the “Godfather of Rhythm and Blues”.