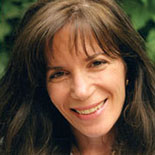 Cathy Lee Guisewite (born September 5, 1950) is an American cartoonist who created the comic strip Cathy, which had a 34-year run.

The strip focused on a career woman facing the issues and challenges of eating, work, relationships and having a mother—or as the character put it in one strip, “the four basic guilt groups.”

Cathy was syndicated to 66 newspapers in 1976 by Universal Press Syndicate, now Universal Uclick, and Guisewite did both—her advertising job during the day, and comics at night. By 1980, the strip was carried by 150 dailies and she was earning $50,000 per year for Cathy, so she finally quit the advertising business to work on Cathy full-time and moved to Santa Barbara, California. 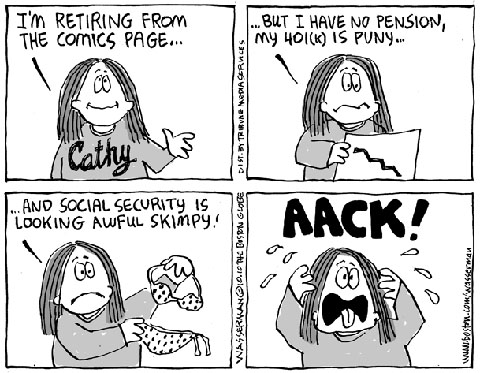 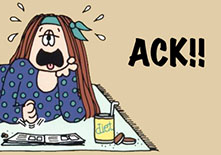 The comic strip was a “running social commentary” for her confusion. Guisewite explained, “You were a liberated woman or you were or a traditionalist. To even voice vulnerability if you were a feminist was wrong and to voice interest in liberation if you were a more traditional woman was wrong. So I believe the women I was speaking to in the early years of my strip were women like me, who were at that age in our 20s where we were kind of launched into adulthood with a foot in both worlds and no way to really express it.” At the peak of the strip’s popularity in the mid-1990s, it appeared in almost 1,400 papers.

Guisewite is a member of the National Cartoonists Society and received their highest honor, the Reuben Award for Outstanding Cartoonist of the Year, in 1992. Guisewite has been granted seven honorary degrees.