A bonfire is lit at sunset in the main village square. People toss sesame seeds, gur, sugar-candy and rewaries on the bonfire, sit around it, sing and dance till the fire dies out. Some people perform a prayer and go around the fire. This is to show respect to the natural element of fire, a tradition common in winter solstice celebrations. It is traditional to offer guests til, gachchak, gur, moongphali (peanuts) and phuliya or popcorn. Milk and water is also poured around the bonfire by Hindus. This ritual is performed for thanking the Sun God and seeking his continued protection. 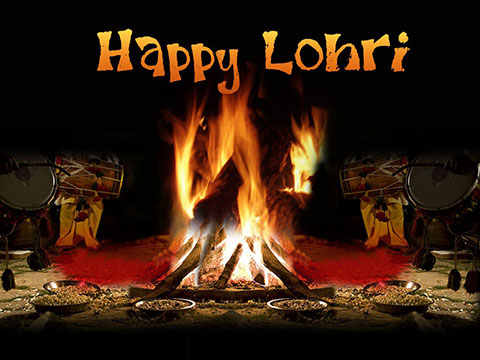 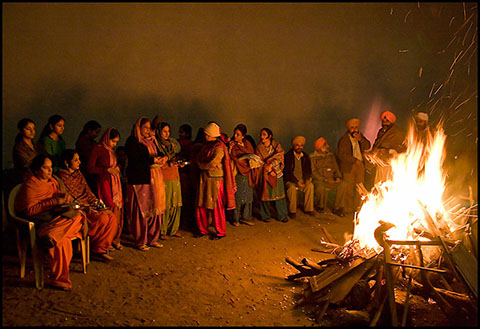 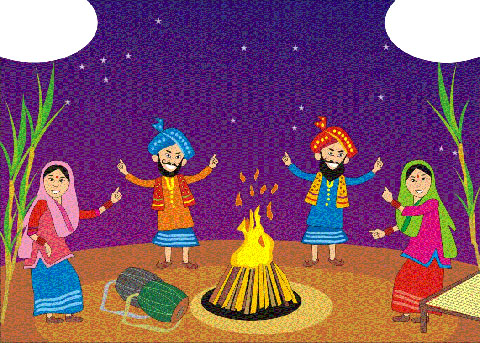