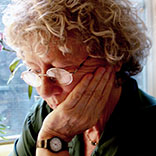 Her poetry collection, Door in the Mountain: New and Collected Poems, 1965–2003, was awarded the 2004 National Book Award for Poetry.

Her most recent book Break the Glass (Copper Canyon Press, 2010) was a finalist for the 2011 Pulitzer Prize for Poetry. Her first book, Dream Barker, won the Yale Series of Younger Poets competition in 1965. She has published poems widely in literary journals and magazines, including The New Yorker, and Harper’s Magazine, and The American Poetry Review. Valentine was one of five poets including Charles Wright, Russell Edson, James Tate and Louise Gluck, whose work Lee Upton considered critically in The Muse of Abandonment: Origin, Identity, Mastery in Five American Poets (Bucknell University Press, 1998). She has held residencies from Yaddo, the MacDowell Colony, Ucross, and the Lannan foundation, among others.

My old body:
a ladder of sunlight,
mercury dust floating through–

My forgivenesses,
how you have learned to love me in my sleep.

Red cloth
I lie on the ground
otherwise nothing could hold