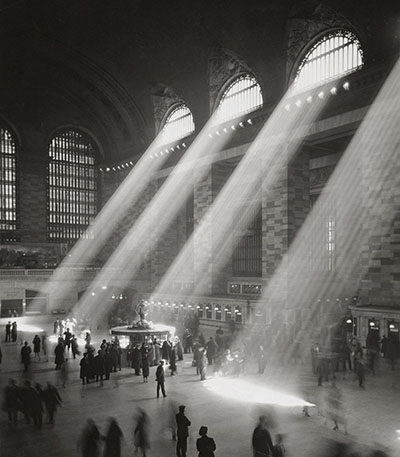 Grand Central Terminal is a commuter (and former intercity) railroad terminal at 42nd Street and Park Avenue in Midtown Manhattan in New York City, United States. Built by and named for the New York Central Railroad in the heyday of American long-distance passenger rail travel, it is the largest such facility in the world by number of platforms with 44 serving 67 tracks along them. They are on two levels, both below ground, with 41 tracks on the upper level and 26 on the lower, though the total number of tracks along platforms and in rail yards exceeds 100. The terminal covers an area of 48 acres (19 ha).

The terminal serves commuters traveling on the Metro-North Railroad to Westchester, Putnam, and Dutchess counties in New York State, and Fairfield and New Haven counties in Connecticut. Until 1991 the terminal served Amtrak, which moved to nearby Pennsylvania Station upon completion of the Empire Connection.

It has been described as “the world’s loveliest station”. According to the travel magazine Travel + Leisure in its October 2011 survey, Grand Central Terminal is “the world’s number six most visited tourist attraction”, bringing in approximately 21,600,000 visitors annually.