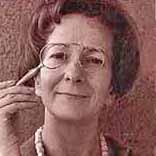 Born in Prowent, which has since become part of Kórnik, she later resided in Kraków until the end of her life. She was described as a “Mozart of Poetry”. In Poland, Szymborska’s books have reached sales rivaling prominent prose authors: although she once remarked in a poem, “Some Like Poetry” (“Niektórzy lubią poezję”), that no more than two out of a thousand people care for the art.

IN PRAISE OF FEELING BAD ABOUT YOURSELF
Wislawa Szymborska

The buzzard never says it is to blame.
The panther wouldn’t know what scruples mean.
When the piranha strikes, it feels no shame.
If snakes had hands, they’d claim their hands were clean.
A jackal doesn’t understand remorse.
Lions and lice don’t waver in their course.
Why should they, when they know they’re right?
Though hearts of killer whales may weigh a ton,
in every other way they’re light.
On this third planet of the sun
among the signs of bestiality
a clear conscience is Number One.

SEEN FROM ABOVE
Wislawa Szymborska

On a dirt road lies a dead beetle.
Three little pairs of legs carefully folded on his belly.
Instead of death’s chaos—neatness and order.
The horror of this is mitigated,
the range strictly local, from witch grass to spearmint.
Sadness is not contagious.
The sky is blue.

For our peace of mind, their death seemingly shallower,
animals do not pass away, but simply die,
losing—we wish to believe—less of awareness and the world,
leaving—it seems to us—a stage less tragic.
Their humble little souls do not haunt our dreams,
they keep their distance,
know their place.

So here lies the dead beetle on the road,
glistens unlamented when the sun hits.
A glance at him is as good as a thought:
he looks as though nothing important has befallen him.
What’s important is valid supposedly for us.
For just our life, for just our death,
a death that enjoys an extraordinary primacy.