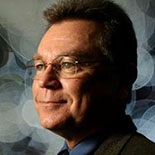 erto Álvaro Ríos (b. September 18, 1952) is the author of ten books and chapbooks of poetry, three collections of short stories, and a memoir.

In August 2013, Rios was named Arizona’s first state poet laureate, a position he held until 2015.

WHEN GIVING IS ALL WE HAVE
Alberto Rios

One river gives
Its journey to the next.

Giving has many faces: It is loud and quiet,
Big, though small, diamond in wood-nails.

Its story is old, the plot worn and the pages too,
But we read this book, anyway, over and again:

Giving is, first and every time, hand to hand,
Mine to yours, yours to mine.

You gave me blue and I gave you yellow.
Together we are simple green. You gave me

What you did not have, and I gave you
What I had to give—together, we made

Something greater from the difference.