A poet laureate (plural: poets laureate) is a poet officially appointed by a government or conferring institution, who is often expected to compose poems for special events and occasions. 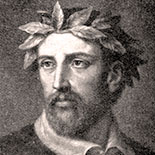 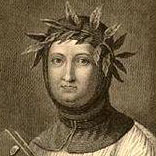 In ancient Greece, the laurel was used to form a crown or wreath of honor for poets and heroes. This custom, first revived in Padua for Albertino Mussato, was followed by Petrarch’s own crowning ceremony in the audience hall of the medieval senatorial palazzo on the Campidoglio on the 8th of April 1341. Because the Renaissance figures who were attempting to revive the Classical tradition lacked detailed knowledge of the Roman precedent they were attempting to emulate, these ceremonies took on the character of doctoral candidatures.

As the concept of the poet laureate has spread, the term “laureate” has come in English to signify recognition for preeminence or superlative achievement (cf. Nobel laureate). As a royal degree in rhetoric, poet laureate was awarded at European universities in the Middle Ages. The term might also refer to the holder of such a degree, which recognized skill in rhetoric, grammar and language.