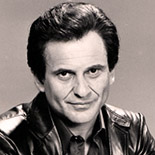 Pesci is best known for a trio of films in which he co-starred with Robert De Niro, directed by Martin Scorsese: Raging Bull (1980), Goodfellas (1990) and Casino (1995). Pesci was nominated for the Academy Award for Best Supporting Actor for his role in Raging Bull, and then won the same award for his role as the psychopathic mobster Tommy DeVito in Goodfellas.

Pesci has starred in a number of other high-profile films, including Once Upon a Time in America, My Cousin Vinny, JFK, Home Alone, Home Alone 2: Lost in New York, A Bronx Tale and the Lethal Weapon series.

He announced his retirement from acting in 1999, and since then he has appeared only sporadically in films.