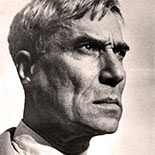 Boris Leonidovich Pasternak (February 10, 1890 – May 30, 1960) was a Soviet Russian poet, novelist, and literary translator. In his native Russia, Pasternak’s first book of poems, My Sister, Life (1917), is one of the most influential collections ever published in the Russian language. Pasternak’s translations of stage plays by Goethe, Schiller, Calderon and Shakespeare remain very popular with Russian audiences.

Outside Russia, Pasternak is best known as the author of Doctor Zhivago (1957), a novel which takes place between the Russian Revolution of 1905 and the First World War. Doctor Zhivago was rejected for publication in the USSR. At the instigation of Giangiacomo Feltrinelli, Doctor Zhivago was smuggled to Milan and published in 1957 and distributed with the help of the CIA in the rest of Europe. Pasternak was awarded the Nobel Prize for Literature in 1958, an event which both humiliated and enraged the Communist Party of the Soviet Union, which forced him to decline the prize, though his descendants were later to accept it in his name in 1988.

At twilight the swifts have no power,
to hold back that pale blue coolness.
It bursts from throats, a clamor
an outpour that can’t grow less.

The swifts have no way, high
up there, overhead, of restraining
their clarion cries: ‘O, triumph,
see, see, how the earth’s receding!’

Like steam from a boiling kettle,
the furious flow rushes by –
‘See, see – no space for the earth
between the ravine and the sky.’