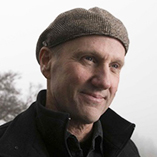 Andy Park is a musician, worship leader and author who is associated with Vineyard Music. He was born in 1957 in Los Angeles, California. He studied at UCLA, earning a bachelor of arts.

After serving as an intern pastor in two Southern California Vineyards – West Los Angeles and Santa Barbara – he moved to British Columbia and joined the Langley Vineyard church plant at its inception in 1985. He served on the staff there for four years as an assistant pastor, majoring in worship music ministry.

IN THE SECRET
Andy Park

I am reaching for the highest goal
That i might receive the prize
Pressing onward, pushing every hindrance aside
Out of my way
’cause i want to know you more