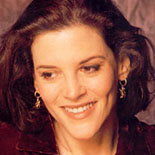 She has published ten books, including four New York Times #1 bestsellers. She is the founder of Project Angel Food, a meals-on-wheels program that serves homebound people with AIDS in the Los Angeles area, and the co-founder of The Peace Alliance, a grass roots campaign supporting legislation to establish a United States Department of Peace. She serves on the Board of Directors of the RESULTS organization, which works to end poverty in the United States and around the world. Williamson is also the force behind Sister Giant, a series of seminars and teaching sessions that provides women with the information and tools needed to be political candidates. Through these seminars, she encourages women to run for office and align their politics with their spiritual values.

She has been a guest on television programs such as Oprah, Larry King Live, Good Morning America and Charlie Rose. In December 2006, a Newsweek magazine poll named her one of the fifty most influential baby boomers. According to Time magazine, “Yoga, the Cabala and Marianne Williamson have been taken up by those seeking a relationship with God that is not strictly tethered to Christianity.” Williamson bases her teaching and writing on a set of books called A Course in Miracles, a self-study program of spiritual psychotherapy, based on universal spiritual themes.