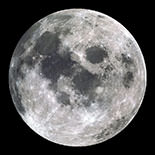 “We choose to go to the Moon” is the famous tagline of a speech about the effort to reach the Moon delivered by United States President John F. Kennedy to a large crowd gathered at Rice Stadium in Houston, Texas on September 12, 1962. The speech was intended to persuade the American people to support the Apollo program, the national effort to land a man on the Moon.

In his speech, Kennedy characterized space as a new frontier, invoking the pioneer spirit that dominated American folklore. He infused the speech with a sense of urgency and destiny, and emphasized the freedom enjoyed by Americans to choose their destiny rather than have it chosen for them. Although he called for competition with the Soviet Union, he also proposed making the Moon landing a joint project.

The speech resonated widely and is still remembered, although at the time there was disquiet about the cost and value of the Moon-landing effort. Kennedy’s goal was realized in July 1969, with the successful Apollo 11 mission.

On September 12, 1962, a warm and sunny day, President Kennedy delivered his speech before a crowd of 40,000 people in the Rice University football stadium, many of them school children. The middle portion of the speech has been widely quoted, and reads as follows:

We set sail on this new sea because there is new knowledge to be gained, and new rights to be won, and they must be won and used for the progress of all people. For space science, like nuclear science and all technology, has no conscience of its own. Whether it will become a force for good or ill depends on man, and only if the United States occupies a position of pre-eminence can we help decide whether this new ocean will be a sea of peace or a new terrifying theater of war. I do not say that we should or will go unprotected against the hostile misuse of space any more than we go unprotected against the hostile use of land or sea, but I do say that space can be explored and mastered without feeding the fires of war, without repeating the mistakes that man has made in extending his writ around this globe of ours.

There is no strife, no prejudice, no national conflict in outer space as yet. Its hazards are hostile to us all. Its conquest deserves the best of all mankind, and its opportunity for peaceful cooperation may never come again. But why, some say, the Moon? Why choose this as our goal? And they may well ask, why climb the highest mountain? Why, 35 years ago, fly the Atlantic? Why does Rice play Texas?

The joke referring to the Rice–Texas football rivalry was handwritten by Kennedy into the speech text, and is the part of the speech remembered by sports fans. Since then, Rice has beaten Texas in 1965 and 1994. Later in the speech Kennedy also made a joke about the heat. The jokes elicited cheers and laughter from the audience. While these side comments may have diminished the rhetorical power of the speech, and do not resonate outside Texas, they stand as a reminder of the part Texas played in the space race.