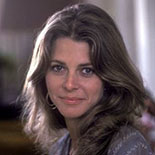 She is best known for her portrayal of Jaime Sommers in the 1970s television series The Bionic Woman (for which she won an Emmy Award), though she has maintained a lengthy career in a variety of other film and television productions since.

In 1987, Wagner wrote a series of books with Robert M. Klein about using acupressure to achieve results akin to a surgical facelift. In 1994, she wrote one of the first “celebrity” vegetarian (and mainly vegan) cookbooks, High Road to Health. Wagner appeared in commercials as a spokesperson for Southern California’s regional Ford Motor Company dealerships from 1987 through 2000. She was also a spokesperson in infomercials for Select Comfort’s “Sleep Number” bed from 2003 to 2009.

In recent years, Wagner has given seminars and workshops for her self-help therapy, “Quiet the Mind and Open the Heart,” which promotes spirituality and meditation.