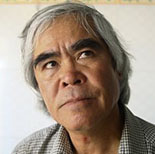 Huỳnh Công Út, known professionally as Nick Ut (born March 29, 1951), is a photographer for the Associated Press (AP) who works out of Los Angeles.

He won the 1973 Pulitzer Prize for Spot News Photography for “The Terror of War”, depicting children in flight from a napalm bombing. In particular, his best known photo features a naked 9-year-old girl, Phan Thị Kim Phúc, running toward the camera from a South Vietnamese napalm attack on North Vietnamese invaders at the Trảng Bàng village during the Vietnam War. On the 40th anniversary of that Pulitzer Prize-winning photo in September 2012, Ut became the third person inducted by the Leica Hall of Fame for his contributions to photojournalism. 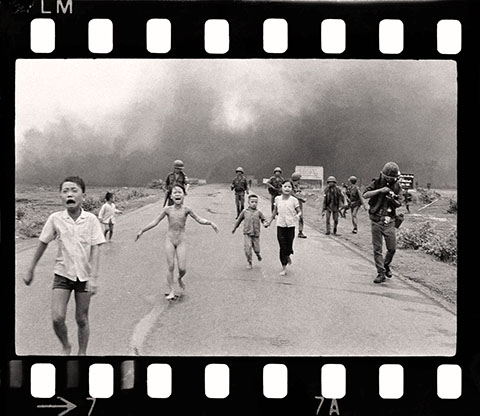 After snapping the photograph, Ut took Kim Phuc and the other injured children to Barsky Hospital in Saigon, where it was determined that her burns were so severe that she probably would not survive. After a 14-month hospital stay and 17 surgical procedures, however, she was able to return home. Ut continued to visit her until he was evacuated during the fall of Saigon. 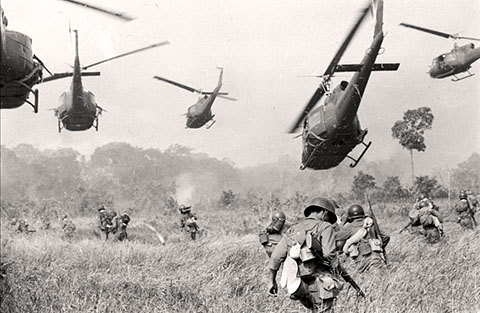 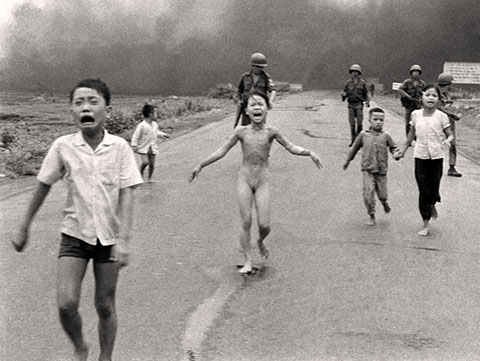 Audio tapes of President Richard Nixon, in conversation with his chief of staff, H. R. Haldeman in 1972, reveal that Nixon mused “I’m wondering if that was fixed” after seeing the photograph. After the release of this tape, Út commented, “Even though it has become one of the most memorable images of the twentieth century, President Nixon once doubted the authenticity of my photograph when he saw it in the papers on 12 June 1972…. The picture for me and unquestionably for many others could not have been more real. The photo was as authentic as the Vietnam war itself. The horror of the Vietnam war recorded by me did not have to be fixed. That terrified little girl is still alive today and has become an eloquent testimony to the authenticity of that photo. That moment thirty years ago will be one Kim Phúc and I will never forget. It has ultimately changed both our lives.”

Phan Thị Kim Phuc, (born 1963) is a Vietnamese-Canadian, known as the child depicted in the Pulitzer Prize–winning photograph taken during the Vietnam War on June 8, 1972. The iconic photo taken in Trang Bang by AP photographer Nick Ut shows her at about nine years of age running naked on a road after being severely burned on her back by a South Vietnamese attack.

As a young adult, while studying medicine, Phúc was removed from her university and used as a propaganda symbol by the communist government of Vietnam. In 1986,

however, she was granted permission to continue her studies in Cuba. She had converted from her family’s Cao Đài religion to Christianity four years earlier. Phạm Văn Đồng, the then–Prime Minister of Vietnam, became her friend and patron. After arriving in Cuba, she met Bui Huy Toan, another Vietnamese student and her future fiancé. In 1992, Phúc and Toan married and went on their honeymoon in Moscow. During a refueling stop in Gander, Newfoundland, they left the plane and asked for political asylum in Canada, which was granted. The couple now lives in Ajax, Ontario near Toronto, and have two children. In 1996, Phúc met the surgeons who had saved her life. The following year, she passed the Canadian Citizenship Test with a perfect score and became a Canadian citizen. 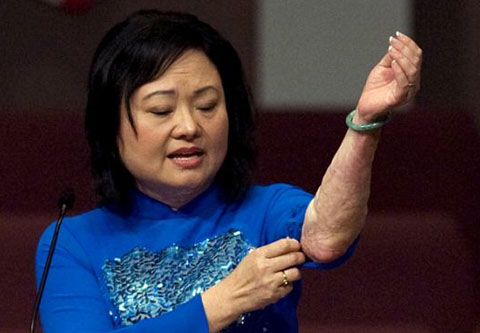 In 2004, Phúc spoke at the University of Connecticut about her life and experience, learning how to be “strong in the face of pain” and how compassion and love helped her heal. Her visit was part of the year’s “Month of Kindness, established by the University’s Hillel to unite the campus under the theme of kindness.”

On December 28, 2009, National Public Radio broadcast her spoken essay, “The Long Road to Forgiveness,” for the “This I Believe” series. In May 2010, Phúc was reunited by the BBC with ITN correspondent Christopher Wain, who helped to save her life. On May 18, 2010, Phúc appeared on the BBC Radio 4 program It‘s my Story. In the program, Phúc related how she was involved through her foundation in the efforts to secure medical treatment in Canada for Ali Abbas, who had lost both arms in a rocket attack on Baghdad during the invasion of Iraq in 2003.