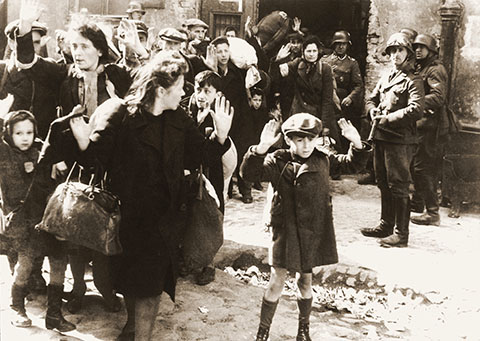 The Warsaw Ghetto Uprising was the 1943 act of Jewish resistance that arose within the Warsaw Ghetto in German-occupied Poland during World War II, and which opposed Nazi Germany’s final effort to transport the remaining Ghetto population to Treblinka extermination camp. The most significant portion of the rebellion took place from April 19, and ended when the poorly armed and supplied resistance was crushed by the Germans, who officially finished their operation to liquidate the Ghetto on May 16. It was the largest single revolt by Jews during World War II.