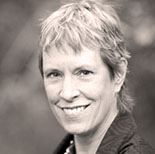 Her most recent poetry collection is Horses Where the Answers Should Have Been, which earned her Claremont Graduate University’s prestigious $100,000 Kingsley Tufts Poetry Award. (Copper Canyon Press, 2010). She is the winner of several awards in writing from the New Jersey State Council on the Arts, the American Academy of Arts and Letters and The Artists Foundation. Additionally, she has received fellowships from both the Guggenheim Foundation and the National Endowment for the Arts. Her poems have appeared in literary journals and magazines including The New Yorker, Field, Ploughshares, The Georgia Review, The Paris Review, Poetry, The Nation, and The Yale Review.

Many of Twichell’s poems are heavily influenced by her years as a Zen Buddhist student of John Daido Loori at Zen Mountain Monastery, and her poetry in the book The Snow Watcher shows it. She attended the Foote School in New Haven. In the Fall 2003 Tricycle magazine interview with Chase, she says, “Zazen and poetry are both studies of the mind. I find the internal pressure exerted by emotion and by a koan to be similar in surprising and unpredictable ways. Zen is a wonderful sieve through which to pour a poem. It strains out whatever’s inessential.

THE GHOST OF TOM
Chase Twichell

At family gatherings,
a Family Friend liked gathering
the girls to make us sing rounds.

We always wanted the spooky one,
Have you seen the ghost of Tom?
Long white bones with the rest all gone …

with the rest all gone,
which he pretended not to hear

because who knows, any one of us
might blow his cover at any minute,

unpredictable little liars that we were,
the girl cousins, talking preteen trash
about him, the things he likes to do,

for example gather the girl cousins
and make them sing against their wills.

Let me help you count your sheep.
One in the meadow, two in the garden,

Three in the nursery, fast asleep.

One Christmas there were only
three of us, so we sang

the round with one part missing.
I still listen to the fourth part —

Sometimes I long to be the woodpile,
cut-apart trees soon to be smoke,
or even the smoke itself,

sinewy ghost of ash and air, going
wherever I want to, at least for a while.

Neither inside nor out,
neither lost nor home, no longer
a shape or a name, I’d pass through

all the broken windows of the world.
It’s not a wish for consciousness to end.

It’s not the appetite an army has
for its own emptying heart,
but a hunger to stand now and then

alone on the death-grounds,
where the dogs of the self are feeding.