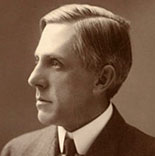 “Casey at the Bat: A Ballad of the Republic Sung in the Year 1888” is a baseball poem written in 1888 by Ernest Thayer.

First published in The San Francisco Examiner on June 3, 1888, it was later popularized by DeWolf Hopper in many vaudeville performances. It has become one of the best-known poems in American literature.The poem was originally published anonymously (under the pen name “Phin”, based on Thayer’s college nickname, “Phineas”).

Synopsis: A baseball team from the fictional town of Mudville (implied to be the home team) is losing by two runs with two outs in their last inning. Both the team and its fans (a crowd of 5,000, according to the poem) believe they can win if Mighty Casey, Mudville’s star player, gets up to bat. However, Casey is scheduled to be the fifth batter of the inning, and the first two batters (Cooney and Barrows) fail to get on base. The next two batters (Flynn and Jimmy Blake) are perceived to be weak hitters with little chance of reaching base to allow Casey a chance to bat.

Surprisingly, Flynn hits a single, and Blake follows with a double that allows Flynn to reach third base. Both runners are now in scoring position and Casey represents the potential winning run. Casey is so sure of his abilities that he does not swing at the first two pitches, both strikes. On the last pitch, the overconfident Casey strikes out, ending the game and sending the crowd home unhappy.

The text is filled with references to baseball as it was in 1888, which in many ways is not far removed from today’s version. As a work, the poem encapsulates much of the appeal of baseball, including the involvement of the crowd. It also has a fair amount of baseball jargon that can pose challenges for the uninitiated.

This is the complete poem as it originally appeared in The San Francisco Examiner, with commentary. After publication, multiple versions with minor changes were produced. The text without commentary is available at the Wikisource link elsewhere in this article.

A month after the poem was published, it was reprinted as “Kelly at the Bat” in the New York Sporting Times. Aside from leaving off the first five verses, the only changes from the original are substitutions of Kelly for Casey, and Boston for Mudville. Kelly, then of the Boston Beaneaters, was one of baseball’s two biggest stars at the time (along with Cap Anson).

In 1897, “Current Literature” noted the two versions and said, “The locality, as originally given, is Mudville, not Boston; the latter was substituted to give the poem local color.”

CASEY AT THE BATLawrence Thayer

The outlook wasn’t brilliant for the Mudville Nine that day;
The score stood four to two, with but one inning more to play,
And then when Cooney died at first, and Barrows did the same,
A sickly silence fell upon the patrons of the game.

A straggling few got up to go in deep despair. The rest
Clung to that hope which springs eternal in the human breast;
They thought, if only Casey could get but a whack at that –
They’d put up even money, now, with Casey at the bat.

But Flynn preceded Casey, as did also Jimmy Blake,
And the former was a lulu and the latter was a cake;
So upon that stricken multitude grim melancholy sat,
For there seemed but little chance of Casey’s getting to the bat.

But Flynn let drive a single, to the wonderment of all,
And Blake, the much despised, tore the cover off the ball;
And when the dust had lifted, and the men saw what had occurred,
There was Jimmy safe at second and Flynn a-hugging third.

Then from 5,000 throats and more there rose a lusty yell;
It rumbled through the valley, it rattled in the dell;
It knocked upon the mountain and recoiled upon the flat,
For Casey, mighty Casey, was advancing to the bat.

There was ease in Casey’s manner as he stepped into his place;
There was pride in Casey’s bearing and a smile on Casey’s face.
And when, responding to the cheers, he lightly doffed his hat,
No stranger in the crowd could doubt ’twas Casey at the bat.

Ten thousand eyes were on him as he rubbed his hands with dirt;
Five thousand tongues applauded when he wiped them on his shirt.
Then while the writhing pitcher ground the ball into his hip,
Defiance gleamed in Casey’s eye, a sneer curled Casey’s lip.

And now the leather-covered sphere came hurtling through the air,
And Casey stood a-watching it in haughty grandeur there.
Close by the sturdy batsman the ball unheeded sped-
“That ain’t my style,” said Casey. “Strike one,” the umpire said.

From the benches, black with people, there went up a muffled roar,
Like the beating of the storm-waves on a stern and distant shore.
“Kill him! Kill the umpire!” shouted someone on the stand;
And it’s likely they’d a-killed him had not Casey raised his hand.

With a smile of Christian charity great Casey’s visage shone;
He stilled the rising tumult; he bade the game go on;
He signaled to the pitcher, and once more the spheroid flew;
But Casey still ignored it, and the umpire said, “Strike two.”

“Fraud!” cried the maddened thousands, and echo answered fraud;
But one scornful look from Casey and the audience was awed.
They saw his face grow stern and cold, they saw his muscles strain,
And they knew that Casey wouldn’t let that ball go by again.

The sneer is gone from Casey’s lip, his teeth are clenched in hate;
He pounds with cruel violence his bat upon the plate.
And now the pitcher holds the ball, and now he lets it go,
And now the air is shattered by the force of Casey’s blow.

Oh, somewhere in this favored land the sun is shining bright;
The band is playing somewhere, and somewhere hearts are light,
And somewhere men are laughing, and somewhere children shout;
But there is no joy in Mudville — mighty Casey has struck out.