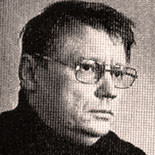 He is considered as part of the second generation of Russian composers, following in the steps of Pyotr Tchaikovsky (to whom he was not related) and especially Mussorgsky.

Of his larger-scale works almost all have been recorded. Boris Tchaikovsky generally wrote in a tonal style, although he made brief forays into serialism.