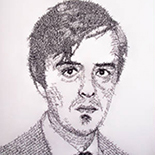 James Tate (December 8, 1943 – July 8, 2015) is an American poet whose work has earned him the Pulitzer Prize and the National Book Award.

An ad in the newspaper said that a local author
would be signing his new book at the bookstore today.
I didn’t even know we had any local authors. I was
going to be downtown anyway, so I decided to drop in
and see what he looked like. He was short and fat
and ugly, but all kinds of beautiful women were flirting
with him and laughing at every little joke he made.
Even though I didn’t know anything about his book, I
wished I had written it. A man came up to me and said,
“I hated it when the little girl died. I just couldn’t
stop crying.” “Thank God for the duck,” I said. He
took a step back from me. “I don’t remember the duck,”
he said. “Well, then, I’m afraid you missed the whole
point of the book. The duck is absolutely central,
it’s the veritable linchpin of the whole denouement,”
I said. (I had learned that word in high school, and
now it served me well.) “But what about the little
girl?” the man asked, with a painful look of bewilder-
ment on his face. “She should have been shot a hundred
pages earlier,” I said. “I don’t think I like you,”
the man said, and walked away clutching his book.
I looked over at the author. He was signing a young
woman’s cleavage, and the other woman were laughing
and pulling open their blouses to be signed. I had
never even thought of writing a novel. Now, my mind
was thrashing about. The man I had offended earlier
walked up to me and offered me a glass of wine. “If
I may ask you, sir, why were you so rude to me?” he
said. I looked up from the abyss and said. “Because
I am nothing. Because I am a speck of dust floating
in infinite darkness. Because you have feelings and
you care. Do you understand me now?” “Perfectly,”
he said. “Cheers!”

HONEY, CAN YOU HEAR ME?James Tate

Alison stared into the mirror and combed her hair. How
beautiful she was! “I look awful,” she said. I bent down and
tied my shoe and hit my head on the coffee table on the
way up. “Ouch,” I said. “What did you say, honey?” she said.
“I said we ought to buy a new couch,” I said. “I thought we
just bought one,” she said. “We could buy another one so
we’d have a back-up in case anything happens to this one,” I
said. She didn’t answer me, but continued to brush her hair.
I stared down at my shoes and said, “Something is so wrong
there.” “What did you say, honey?” she said. I said, “It will
be wonderful to be there tonight.” “Where’s that, honey?’
she said. “Wherever it is we’re going,” I said. “We’re not
going anywhere,” she said. “I meant here. It will be wonderful
to be here tonight,” I said.” “A little romantic night at home,”
she said. What did she mean by “nomadic”? A little nomadic
night at home. There were times when I worried about Alison.
She hovered right on the borderline, about to cross over
into her own private realm, where nothing she seas or hears
corresponds to anything in the known world. I live with this
fear daily. My shoes are on the wrong feet, or so it seems to
me now.

“Would you like to have your head examined?”
I said to Kinky, who was holding his head. “Oh yes,”
he said, “I would like to know what’s wrong with
me.” Gloom was his life, despair was his only food.
I opened up his head. My God, it was dark in there,
and full of cobwebs with dead flies in them. “There
are no lights in here,” I said. “It looks like you
have had no visitors in years. And there’s not a
trace of an idea, just a rat gnawing on its tail
hoping to become a saint in some counterfeit hell.”
“I love that rat,” Kinky said. “He’s the last of
my monsters, old skin and bones.”