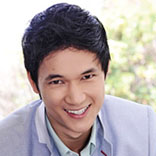 He is best known for his role as Mike Chang on the Fox television show Glee. He has appeared in dance films such as Stomp the Yard, You Got Served, Step Up 2: The Streets and Step Up 3D. He also plays the character of Elliot Hoo in The Legion of Extraordinary Dancers.