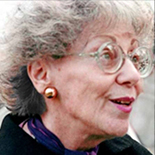 She was a professor of medical psychology at Columbia University in New York from 1958 until her retirement in 1976. Schucman is best known for having “scribed” with the help of colleague William Thetford the book A Course in Miracles (1st edition, 1975), the contents of which she claimed to have been given to her by an inner voice she identified as Jesus. However, as per her request, her role as its “writer” was not revealed to the general public until after her death. 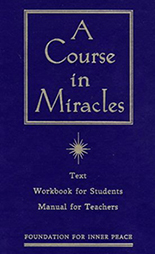 A Course in Miracles is a book that aims to assist its readers in achieving spiritual transformation. The book describes a purely non-dualistic philosophy of forgiveness and includes what are meant to be practical lessons and applications for the practice of forgiveness in daily life. The introduction to the book contains the following summary:Nothing real can be threatened.Nothing unreal exists.Herein lies the peace of God.

Helen Schucman wrote the book with the help of William Thetford, although it does not identify them as authors, based on what she called an “inner voice” which she identified as Jesus.The 1992 edition, the most recent copyrighted one, is published by the Foundation for Inner Peace, the organization chosen by Schucman for this purpose. It consists of preface, text, workbook for students, manual for teachers (including clarification of terms), and two supplements. Kenneth Wapnick and Foundation for A Course in Miracles were awarded the copyright to this edition after the original copyright was overturned. This edited version earned copyright status since it derives from the original manuscript as edited by Wapnick. FIP reports that two million volumes of ACIM have been published and disseminated worldwide since it first became available for sale in 1976. Additionally, the book has been translated into nineteen different languages with eight new translations underway as of 2008.