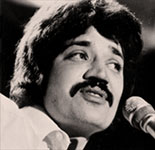 Peter Eardley Sarstedt (born December 10, 1941) is an Indian-born British singer-songwriter and multi-instrumentalist who has recorded a number of well-known and successful albums and singles since the 1960s.

Although his music is classified as pop, it generally encompasses more traditional folk ballads rather than standard pop music.