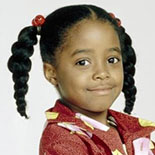 She is known for her childhood role as Rudy Huxtable, the youngest child of Cliff and Clair Huxtable on the NBC sitcom The Cosby Show (1984–92) and as Miranda Lucas-Payne on the TBS comedy-drama Tyler Perry’s House of Payne (2007–12).