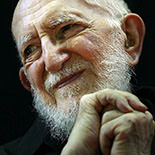 In 1949, he founded the Emmaus movement, with the goal of helping poor and homeless people and refugees. Abbé means abbot in French, and is also used as a courtesy title given to Catholic priests in French-speaking countries. He was one of the most popular figures in France, but had his name removed from such polls after some time.