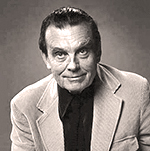 His World War II-era sequence The World is a collection of 20 “naive” poems. After serving as a cultural attaché for the Republic of Poland (1945–1951), he defected to the West in 1951, and his nonfiction book The Captive Mind (1953) is a classic of anti-Stalinism.

From 1961 to 1998 he was a professor of Slavic Languages and Literatures at the University of California, Berkeley. Miłosz later became an American citizenand was awarded the 1978 Neustadt International Prize for Literature and the 1980 Nobel Prize in Literature.

My Lord, I loved strawberry jam
And the dark sweetness of a woman’s body.
Also well-chilled vodka, herring in olive oil,
Scents, of cinnamon, of cloves.
So what kind of prophet am I? Why should the spirit
Have visited such a man? Many others
Were justly called, and trustworthy.
Who would have trusted me? For they saw
How I empty glasses, throw myself on food,
And glance greedily at the waitress’s neck.
Flawed and aware of it. Desiring greatness,
Able to recognise greatness wherever it is,
And yet not quite, only in part, clairvoyant,
I knew what was left for smaller men like me:
A feast of brief hopes, a rally of the proud,
A tournament of hunchbacks, literature.

My most honorable eyes. You are not in the best shape.
I receive from you an image less than sharp,
And if a color, then it’s dimmed.
And you were a pack of royal hounds
With whom I would set forth in the early morning.
My wonderously quick eyes, you saw many things,
Countries and cities. Islands and oceans.
Together we greeted immense sunrises,
When the fresh air invited us to run
Along trails just dry from cold night dew.
Now what you have seen is hidden inside
And changed into memory or dreams.
Slowly I move away from the fair of this world
And I notice in myself a distaste
For monkeyish dress, shrieks, and drumbeats.
What a relief. Alone with my meditation
On the basic similarity of humans
And their tiny grain of dissimilarity.
Without eyes, my gaze is fixed on one bright point
That grows large and takes me in.