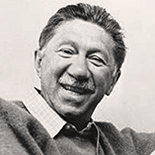 Maslow was best known for creating Maslow’s hierarchy of needs, a theory of psychological health predicated on fulfilling innate human needs in priority, culminating in self-actualization. He stressed the importance of focusing on the positive qualities in people, as opposed to treating them as a “bag of symptoms.”