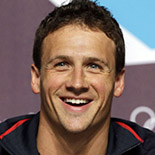 Lochte specializes in the backstroke and individual medley, but is also a freestyle and butterfly swimmer. He is noted for the speed and distance he attains while kicking underwater. Lochte is also known for his dominance in the short course format (25-yard and 25-meter long swimming pools).