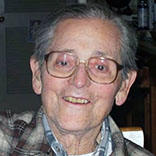 Libet was a researcher in the physiology department of the University of California, San Francisco. In 2003, he was the first recipient of the Virtual Nobel Prize in Psychology from the University of Klagenfurt, “for his pioneering achievements in the experimental investigation of consciousness, initiation of action, and free will”

Libet’s experiments suggest to some that unconscious processes in the brain are the true initiator of volitional acts, and free will therefore plays no part in their initiation. If unconscious brain processes have already taken steps to initiate an action before consciousness is aware of any desire to perform it, the causal role of consciousness in volition is all but eliminated, according to this interpretation.