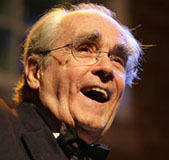 Legrand is a prolific composer, having written over 200 film and television scores in addition to many memorable songs. He is best known for his often haunting film music and scores, such as The Umbrellas of Cherbourg (1964) and The Thomas Crown Affair (1968) featuring the song “The Windmills of Your Mind” for which he won his first Academy Award.