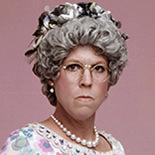 As a singer she recorded “The Night the Lights Went Out in Georgia” that made #1 on the US chart as well as in Canada. She is credited with co-authoring two books.

She has multiple Emmy Award nominations, winning one in 1976. She is also a multiple Golden Globe nominee, all for The Carol Burnett Show.