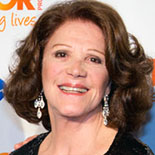 Linda Lavin (born October 15, 1937) is an American singer and actress. She is known for playing the title character in the sitcom Alice and for her stage performances, both on Broadway and Off-Broadway.

After acting as a child, Lavin joined the Compass Players in the late 1950s. She began acting on Broadway in the 1960s, earning notice in “It’s a Bird…It’s a Plane…It’s Superman” in 1966 and receiving her first Tony Award nomination in Last of the Red Hot Lovers in 1970. She moved to Hollywood in 1973 and began to work in television, making recurring appearances on Barney Miller before getting the title role in Alice, which ran from 1976 to 1985. She appeared in many telefilms and later in other TV work. She has also had roles in several feature films.