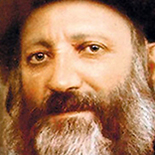 He is known in Hebrew as HaRav Avraham Yitzchak HaCohen Kook, and by the acronym (HaRaAYaH), or simply as “HaRav.” He was one of the most celebrated and influential rabbis of the 20th century.

His empathy towards the non-religious elements aroused the suspicions of his more traditionalist haredi opponents, particularly that of the traditional rabbinical establishment that had functioned from the time of Turkey’s control of greater Palestine, whose paramount leader was Rabbi Yosef Chaim Sonnenfeld. He remarked that he was fully capable of rejecting, but since there were enough practicing rejection, he preferred to fill the role of one who embraces.

While Rabbi Kook is exalted as one of the most important thinkers in mainstream Religious Zionism, he was close to what is now called Chardal. Indeed, there are several prominent quotes in which Kook is quite critical of the more modern-orthodox Religious Zionists (Mizrachi), whom he saw as naive and perhaps hypocritical in attempting to synthesize traditional Judaism with a modern and largely secular ideology. Kook never shied away from criticizing his peers, religious and secular, as well as the increasingly cloistered traditionalists living in the Holy Land, whose way of life he characterized as being similarly affected by the negative and abnormal conditions of the Jewish exile, and therefore just as “inauthentic” as that of their Zionist counterparts. Kook was interested in outreach and cooperation between different groups and types of Jews, and saw both the good and bad in each of them. His sympathy for them as fellow Jews and desire for Jewish unity should not be misinterpreted as any inherent endorsement of all their ideas. That said, Rav Kook’s willingness to engage in joint-projects (for instance, his participation in the Chief Rabbinate) with the secular Zionist leadership must be seen as differentiating him from many of his traditionalist peers.

With the sudden public display of rare letters from the greatest Jewish scholars to Rav Kook, many questions have emerged. Mainly, it is clear that Rav Kook was apolitical. Rav Kook wrote that he was not part of any party – he simply viewed himself as follower of God and the laws of the Torah. His relationship with many different types of leaders and laymen, was a part of his general worldview – that all Jews must work together in serving God and bringing the redemption. Also, one could see from the published letters, that the “Chareidi” leadership was firm in its support of Rav Kook, and in fact had an apparent fond relationship with him. The vast majority of the “Chareidi” leaders publicized handwritten letters in support of Rav Kook, when a few individuals were publicly disrespectful towards him. Rav Kook embraced the support, but made clear that any insults were accepted by him without anger, for he viewed himself “as a servant of G-d,” without interest in his personal honor.

“The greater you are, the more you need to search for your self. Your deep soul hides itself from consciousness. So you need to increase aloneness, elevation of thinking, penetration of thought, liberation of mind — until finally your soul reveals itself to you, spangling a few sparkles of her lights.

Then you find bliss, transcending all humiliations or anything that happens, by attaining equanimity, by becoming one with everything that happens, by reducing yourself so extremely that you nullify your individual, imaginary form, that you nullify existence in the depth of your self. “What are we?” Then you know every spark of truth, every bolt of integrity flashing anywhere.

Then you gather everything, without hatred, jealousy, or rivalry. The light of peace and a fierce boldness manifest in you. The desire to act and work, the passion to create and to restore yourself, the yearning for silence and for the inner shout of joy — these all band together in your spirit, and you become holy.”