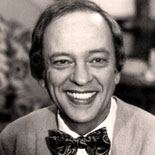 Knotts is best known for his portrayal of Barney Fife on the 1960s television sitcom The Andy Griffith Show, a role which earned him five Emmy Awards. He also played landlord Ralph Furley on the 1970s and 1980s television sitcom Three’s Company. In 1996, TV Guide ranked him # 27 on its 50 Greatest TV Stars of All Time list.