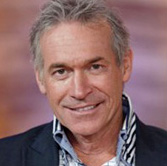 Hilary Jones (born June 19, 1953) is a general practitioner and also a television and radio presenter, and a writer on medical issues.

THE TEACHER
Hilary JonesI was twenty-six the first time I held
a human heart in my hand.

It was sixty-four and heavier than I expected,
its chambers slack;
and I was stupidly surprised
at how cold it was.

It was the middle of the third week
before I could look at her face,
before I could spend more than an hour
learning the secrets of cirrhosis,
the dark truth of diabetes, the black lungs
of the Marlboro woman, the exquisite
painful shape of kidney stones,
without eating an entire box of Altoids
to smother the smell of formaldehyde.

After seeing her face, I could not help
but wonder if she had a favorite color;
if she hated beets,
or loved country music before her hearing
faded, or learned to read
before cataracts placed her in perpetual twilight.
I wondered if her mother had once been happy
when she’d come home from school
or if she’d ever had a valentine from a secret admirer.

In the weeks that followed, I would
drive the highways, scanning billboards.
I would see her face, her eyes
squinting away the cigarette smoke,
or she would turn up at the bus stop
pushing a grocery cart of empty
beer cans and soda bottles. I wondered
if that was how she’d paid for all those smokes
or if the scars of repeated infections in her womb
spoke to a more universal currency.

Did she die, I wondered, in a cardboard box
under the Burnside Bridge, nursing a bottle
of strawberry wine, telling herself
she felt a little warmer now,
or in the Good Faith Shelter,
her few belongings safe under the sheet
held to her faltering heart?
Or in the emergency room, lying
on a wheeled gurney, the pitiless
lights above, the gauzy curtains around?

Did she ever wonder what it all was for?

I wish I could have told her in those days
what I’ve now come to know: that
it was for this–the baring
of her body on the stainless steel table–
that I might come to know its secrets
and, knowing them, might listen
to the machine-shop hum of aortic stenosis
in an old woman’s chest, smile a little to myself
and, in gratitude to her who taught me,

put away my stethoscope, turn to my patient
and say Let’s talk about your heart.