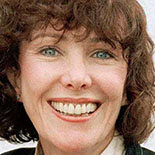 She worked on stage and television and was best known for playing Vera Gorman in the sitcom Alice, inspired by the Martin Scorsese film Alice Doesn’t Live Here Anymore.

Howland also originated the role of Amy in the original Broadway cast of Stephen Sondheim’s Company,  in which she introduced the patter song “Getting Married Today.”