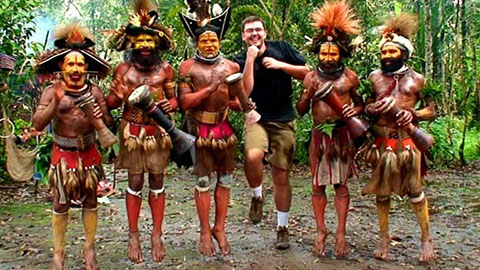 Matthew “Matt” Harding (born September 27, 1976), is an American traveler, video game designer, and Internet celebrity known as Dancing Matt for his viral videos that show him dancing in front of landmarks and street scenes in various international locations. Harding has since received widespread coverage of his travel exploits in major print and broadcast media outlets, and was hired by Visa to star in their Travel Happy campaign.