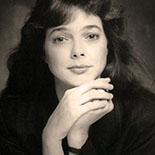 Griffith won the 1994 Grammy Award for Best Contemporary Folk Album for Other Voices, Other Rooms. In 2008, the Americana Music Association awarded her its Americana Trailblazer Award; Lyle Lovett, who contributed backing vocals to some of “The Blue Moon Orchestra’s” recordings, had won it before her.