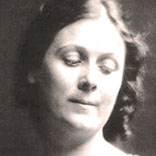 Born in California, she lived in Western Europe and the Soviet Union from the age of 22 until her death at age 50. She performed to acclaim throughout Europe after being exiled from the United States for her pro-Soviet sympathies.

Duncan’s fondness for flowing scarves contributed to her death in an automobile accident in Nice, France, when she was a passenger in an Amilcar. Her silk scarf, draped around her neck, became entangled around the open-spoked wheels and rear axle, breaking her neck. In 1987, she was inducted into the National Museum of Dance’s Mr. & Mrs. Cornelius Vanderbilt Whitney Hall of Fame. 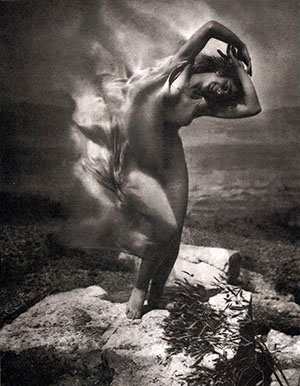 Duncan’s philosophy of dance moved away from rigid ballet technique and towards what she perceived as natural movement. To restore dance to a high art form instead of entertainment, she sought the connection between emotions and movement: “I spent long days and nights in the studio seeking that dance which might be the divine expression of the human spirit through the medium of the body’s movement.” Duncan took inspiration from ancient Greece and combined it with an American love of freedom. This is exemplified in her revolutionary costume of a white Grecian tunic and bare feet. Inspired by Grecian forms, her tunics also allowed a freedom of movement corseted ballet costumes and pointe shoes did not. Costumes were not the only inspiration Duncan took from Greece. She was very inspired by ancient Greek art and utilized some of those forms in her movement (see image).

Duncan wrote of American dancing: “let them come forth with great strides, leaps and bounds, with lifted forehead and far-spread arms, to dance.” Her focus on natural movement emphasized steps, such as skipping, outside of codified ballet technique. Duncan also cites the sea as an early inspiration for her movement. Also, she believed movement originated from the solar plexus, which she thought was the source of all movement. It was this philosophy and new dance technique that garnered Duncan the title of the creator of modern dance.

Both in her professional and private lives, Duncan flouted traditional mores and morality. She was bisexual, and alluded to her Communism during her last United States tour, in 1922–23; Duncan waved a red scarf and bared her breast on stage in Boston, proclaiming, “This is red! So am I!” 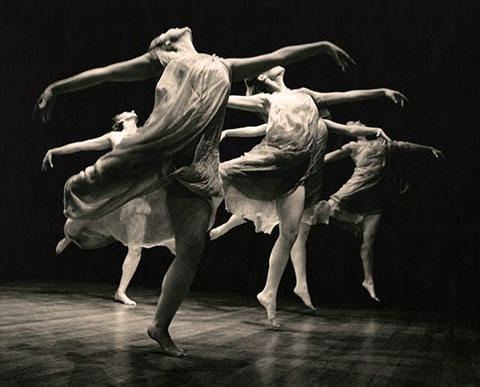 Duncan bore two children, both out of wedlock – the first, Deirdre (born September 24, 1906), by theater designer Gordon Craig, and the second, Patrick (born May 1, 1910), by Paris Singer, one of the many sons of sewing machine magnate Isaac Singer. Both children died in an accident on the Seine River on April 19, 1913.

Duncan disliked the commercial aspects of public performance like touring and contracts because she felt they distracted her from her real mission: the creation of beauty and the education of the young. To achieve her mission, she opened schools to teach young women her dance philosophy. The first was established in 1904 in Grunewald, Germany.

In 1922 she married the Russian poet Sergei Yesenin who was 18 years her junior. Yesenin accompanied her on a tour of Europe and the United States. The following year he left Duncan and returned to Moscow. He committed suicide in 1925, aged 30.

Duncan had an affair with poet and playwright Mercedes de Acosta which is documented in numerous revealing letters they wrote to each other. In one she wrote, “Mercedes, lead me with your little strong hands and I will follow you – to the top of a mountain. To the end of the world. Wherever you wish.”

In his book Isadora, an Intimate Portrait, Sewell Stokes, who met Duncan in the last years of her life, describes her extravagant waywardness. Duncan’s autobiography My Life was published in 1927. Composer Percy Grainger called Isadora’s autobiography a “life-enriching masterpiece.”