Paul Delaroche (July 17, 1797 – November 4, 1856), born Hippolyte, was a French painter. He was trained by Antoine-Jean, Baron Gros, who was painting life-size historical subjects and had many students.

The first Delaroche picture exhibited was the large Jehosheba saving Joash (1822). This exhibition led to his acquaintance with Théodore Géricault and Eugène Delacroix, with whom he formed the core of a large group of Parisian historical painters. He visited Italy in 1838 and 1843, when his father-in-law, Horace Vernet, was director of the French Academy in Rome. In 1845, he was elected into the National Academy of Design, New York, as an Honorary Academician.

He was born, worked, and died in Paris. His studio was in the rue Mazarin. His subjects were painted with a firm, solid, smooth surface, which gave an appearance of the highest finish. This texture was the manner of the day and was also found in the works of Vernet, Ary Scheffer, Louis Léopold Robert and Jean Auguste Dominique Ingres. Among his students were British landscape artist Henry Mark Anthony, British history painters Edward Armitage and Charles Lucy, and American painter/photographer Alfred Boisseau (1823–1901). 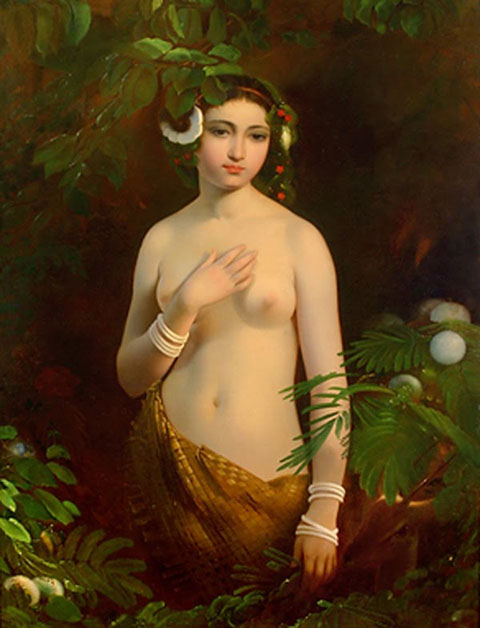