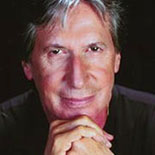 David Norris Brenner (February 4, 1936 – March 15, 2014) was an American stand-up comedian, actor and author. The most frequent guest on The Tonight Show Starring Johnny Carson in the 1970s and 1980s, Brenner “was a pioneer of observational comedy.”

The Broadcast Pioneers of Philadelphia named Brenner their Person of the Year in 1984 and inducted him into their Hall of Fame in 2003.