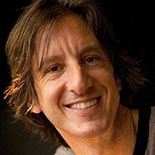 Borowitz is a New York Times-bestselling author who won the first National Press Club award for humor. He is known for creating the satirical column The Borowitz Report, which has an audience in the millions and was acquired by The New Yorker. In a profile on CBS News Sunday Morning, he was called “one of the funniest people in America”.