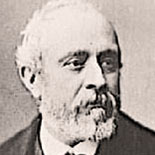 He was born in Paris into a family of artists. His father was a porcelain-painter, and his older brother Félix-Joseph Barrias a well-known painter. Louis-Ernest also started out as a painter, studying under Léon Cogniet, but later took up sculpture with Pierre-Jules Cavelier as teacher. In 1858 he was admitted to the École nationale supérieure des Beaux-Arts in Paris, where his teacher was François Jouffroy. In 1865 Barrias won the Prix de Rome for study at the French Academy in Rome. Barrias was involved in the decoration of the Paris Opéra and the Hôtel de la Païva in the Champs-Élysées. His work was mostly in marble, in a Romantic realist style indebted to Jean-Baptiste Carpeaux. 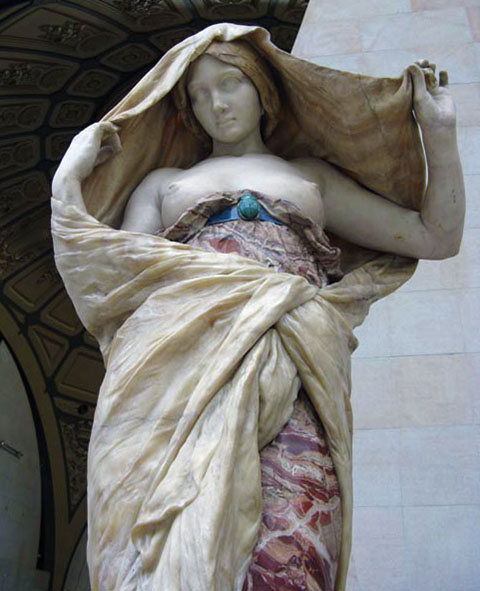 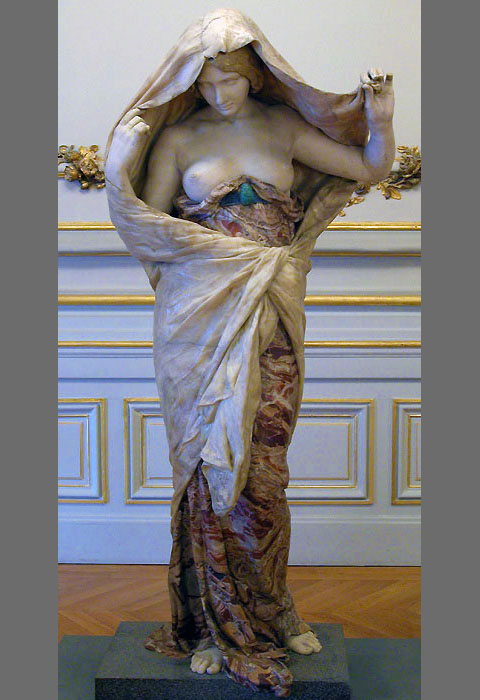 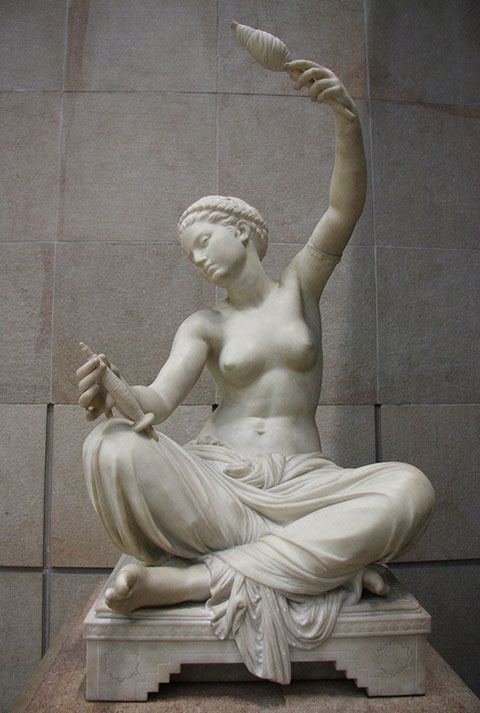