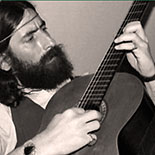 His real surname was Asimopoulos.Asimos was a very special case of a counter-culture artist, mostly because of his lifestyle. His behavior and songs were often received as provocative by the general public. He was a person with strong political opinions. Ideologically, he could be categorized as an anarchist but he never accepted being put in a specific political ideology.