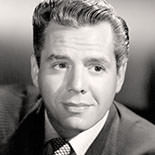 He is best remembered for his role as Ricky Ricardo on the American television series I Love Lucy, starring with Lucille Ball, to whom he was married at the time. Arnaz was also internationally renowned for leading his Latin music band, the Desi Arnaz Orchestra.