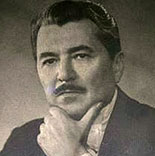 Leo Arnaud or Léo Arnaud (July 24, 1904 – April 26, 1991) was a French-American composer of film scores, best known for “Bugler’s Dream”, which is used as the theme by television networks presenting the Olympic Games in the United States.

The composer studied composition at conservatories in Lyon and Paris with Maurice Ravel and Vincent d’Indy. After playing as a jazz trombonist in France using the name Leo Vauchant and arranging for the Jack Hylton band in England from 1928 to 1930, he immigrated to the United States in 1931. He worked in Hollywood as an arranger for Fred Waring before joining Metro-Goldwyn-Mayer as an arranger, composer, and orchestrator from 1936 to 1966.